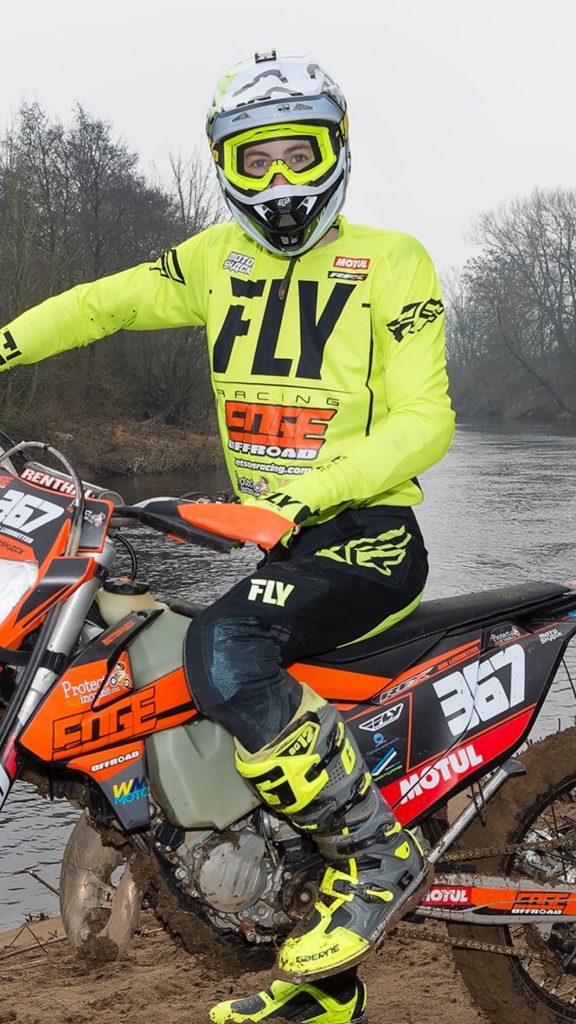 Dan, 15, is a member of North East based Edge off-road motorcycle club and has been the recipient of support from Crown Highways for several years now.

An extremely talented rider, Dan has this year secured 2nd and 1st place finishes in the sport’s most prestigious events series.

Enduro Motocross involves a start line consisting of anything between 80 – 150 riders, with each race lasting 2 hours. A lap can be up to 18mins long consisting of steep hill climbs, big drops, woodland sections, off cambers, streams, rocks and all sorts of other obstacles.

Since beginning his racing career, Dan has already taken out the Overall Winner Novice class in the Winter XC Championship 2016, in addition to 3rd place in the Youth class GBXC (Great British Cross Country) 2017.

“A big Thanks to Crown Highways for this year’s sponsorship. I have had a good year racing in two championships with Edge Off Road.

“The main championship – the summer series comprises of 10 x 2.5-hour races at venues across the North East. I have won several races along the way and have finished 2nd overall. I am very happy with the result and have learned so much throughout the year.

“The second series was a team event called the Long Edge Series. I raced alongside my team mate Joe Deakin in the tag team event with races up to 6hrs. We managed to win that series overall and finished on the podium in all but 1 of the 4 races!

“With my results this year I have made the decision to race in the expert class for the winter series that has just started. I need to work extremely hard to keep up with this class however I do feel I am ready for the big push and it’s help like that from Crown that really helps me all year round.

“Thanks again Crown Highways for all your help and support.”

“We’ve followed Dan and his progress for a little while now as we’ve continually supported him on his journey. It’s fantastic for us to be able to help out talented youngsters in our community and we’re really proud of everything Dan has achieved for himself in 2018.

“He’s a great young man and achieving all his successes this year as well as studying for his GCSE’s is a testament to his work ethic. Well done Dan!”