Opportunities, choices and big decisions: will your next career move be in a large corporate or an SME?

The diversity of companies within the highways industry is vast. As individuals look to develop and progress in their careers, there can be some challenging and interesting decisions to make. Moving roles from a larger to smaller company often offers an opportunity to operate higher within the chain of command and increase breadth of experience.

We spoke to Crown Highways MD, Mike Dale about what moving from a major contractor to and SME is like, as well as highlighting some of the benefits and pitfalls of working in both. As someone who has made the leap, Mike wants to share his experiences to help you with any similar decision that may crop up in your future.

“In May 2015 I made a big decision to leave a large corporate organisation to take up a position in an SME, as it had a huge amount of potential to grow further. I hope sharing my experience and the process I went through to reach my decision will give you an insight into the pros and cons of each route and help you reach your own decision. At the end of the day, it’s all about what’s best for you. So, thinking about working in a large corporate organisation, my experience was that this has some key aspects that influence career choices:

Job security is a massive draw to staying in a big corporate company and is the at the top of the list of worries when considering and discussing a change with loved ones. It’s very difficult to make the switch if you’ve worked at the same place for a number of years and is often the reason people choose to stay.

Personal benefits are largely good within companies and they often have great pension schemes and sick leave schemes, these are not always replicated in SME’s. Another tough decision to take.

Large companies have back up. If you need help or support you can always call upon an HR, IT, safety, work winning or communications department. These departments don’t always exist in an SME.

Within large organisations there are often rafts of policies and procedures which are written for whole businesses – which is in principal a great thing. However they are not always flexible for a smaller business unit. But, the fact that these are in place gives you comfort when sending people out to work.

Generally, you always have some access to training and are allowed time to take part in these schemes and courses. This is a huge benefit and allows you and your teammates to fulfil potential and gain real professional qualifications. You also know that the people you are putting to work are trained and competent to do their jobs.

Opportunities for progression are usually clearly laid out within large companies, and succession planning is a motivator when carrying out your role. Obviously, this is not always the case but seeing people move on and be recognised in the company is good motivating factor.”

So Mike, if there are so many good things about working in a big corporate organisation, why make the move to an SME, especially as you face some significant challenges?

“I would be lying if I said it was an easy path to take but for me, meeting some of the challenges and seeing the positive changes and results I have been part of achieving is great. The biggest challenges I have met so far are:

– ‘Working for some Tier 1 contractors is tough, operationally difficult to work with and, in some instances impossible to work with commercially. We are often instructed on site, have a worksheet signed by the client yet never paid for the work because an official instruction wasn’t provided. How often does it happen? I would suggest more often than you think and more often than I ever knew previously.

– Having left an organisation with a strap line ‘Cash is King’ I can now vouch that this is 100% true. With no cash a business cannot breathe, and when we as SMEs are not paid for works or payments are ‘delayed’ this affects us directly in paying staff and suppliers. Within my first few weeks working for Crown I had phone calls from suppliers asking me directly for money, this is something I would never have encountered within a corporate company. This has been a major part of the business to turn around and after a long time trying is now much improved, this on its own gives me a huge sense of achievement.

– Within the Tier 1 organisations I knew my staff were trained and competent, this is not always the case in an SME. It is a difficult challenge to initially identify the competency levels within the company and put into place improvement programmes, training courses and qualifications. On the whole people want to learn and develop, but there will always be people that are not interested. These people are the ones you get most satisfaction out of improving but are the most challenging to start the process with.

– Our lack of firepower as an SME is frustrating sometimes. Highways England’s vision for the new AD model of contracts is great and gives the opportunity for SME’s to work directly to the HE. However, it is so difficult for any SME’s to achieve it. Large companies can have 15-person strong teams writing bids and in SME’s you perhaps have one, or maybe two people. This makes it almost impossible to be successful, and this is down to how difficult it is to actually write a tender based on the framework and the questions you are given. If SME’s are to be given a fair chance I believe this process needs to be wholly reviewed. It has been a massive personal achievement for me and Crown Highways to have been successful on two lots on the Area 10 CWF contract, having tried and failed a number of times on Area 7, 13/14 and South West to finally succeed is a massive boost to the company and we look forward to many successful years in the region.

Highways England then put us all on the back foot by completely changing the format of the East CWF quality submission tender requirements, this is frustrating but we carry on and do our best….fingers crossed for more success.

– We all know there is competition in business, but in a collaborative world which we all sign up to being in, I believe there should be less barriers in the issuing of work in the community and the work should be issued to the most competent company to deliver the work. There is enough work for everybody in the marketplace and we should work on a level playing field.’

But it’s certainly not all doom and gloom… 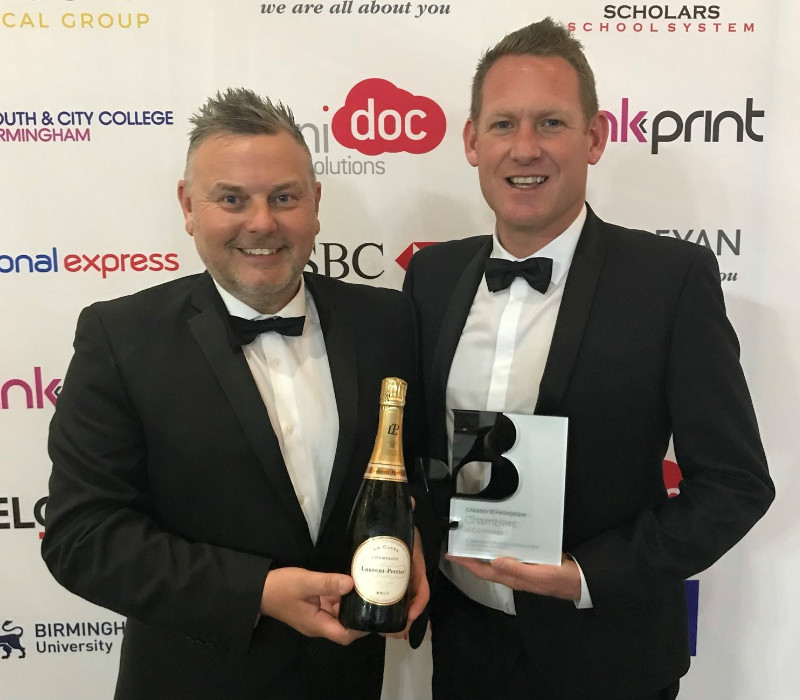 – ‘Effecting change can be done quickly without having to wait for endless amounts of approval but be careful and do not attempt too much too soon. Being able to change working patterns, policies and procedures enables the business to develop and keep up to date faster and improve very quickly. Looking for the quick wins and implementing new ideas is a great way to build your confidence and builds that in your new team too.

– You can shape your own team; you need the best and the most efficient team around you if you want to succeed with the challenges that SME’s bring. You need people who genuinely care. Attracting staff to the business, sharing the company’s vision through your personal approach ensures you get the right people in the right positions.

– Developing cohesion, team spirit and rewarding your team in an SME is much easier, whether it be taking them out for lunch, enjoying a round of golf or an evening out with their partners. All of these can be planned and arranged easily to help build the camaraderie in your team.

– Marketing is easier: Writing an article or a post on social media to promote the business is now part and parcel of running a company. Our profile has been raised dramatically as we now use LinkedIn, Twitter and Instagram to promote our news and company updates. These accounts in an SME tend to be personally managed by key people so do not need to be edited for weeks on end and signed off after being reviewed by multiple people.

– I believe the business relationships I’ve made in Crown Highways are more personal and collaborative, as we actively work with other SME’s and Tier 1 contractors where as previously it wasn’t wholly encouraged. These relationships have built a level of trust across the supply chain opening doors for both parties.

– Within an SME you get to make decisions, and this can be done quickly. Quick, swift decision making can make a big difference to your team’s output, but it’s the flexibility in decision making that makes life much easier on the whole.’

We asked Mike about the changes and achievements during his tenure, how Crown Highways has developed and about their success so far.

‘We’ve had many awards, but the highlight for me personally has been seeing the company recognised and acknowledged as forward thinkers, standard bearers and outstanding in our field. Other key successes and highlights have been the overhaul of our brand and image, branching out into new markets and innovations and some major contracts won and jobs completed on key schemes.’

Some of Mike’s highlights since June 2016 include:

We asked Mike for his top tip when moving from a large Tier 1 contractor to an SME. Mike said:

‘Make the decision that is right for you and nobody else. If you do make the switch from corporate to SME – work hard, work the hours required and throw yourself into it. The rewards are worth it.’

And if someone does make the move?

’Don’t be afraid to make decisions and changes, but don’t try to change the whole world in a week, little changes will still make an impact. Plan your changes and drip them in over time.’

’Importantly give it time, ride out a tough patch, remain positive.’

And finally, we asked Mike- any regrets? Mike concluded:

’I thoroughly enjoyed working for Tier 1 organisations but now working in an ambitious forward-thinking SME I know I made the right decision four years ago’.